In new memoir, Sara Somers reflects on her hard-won battle with food addiction

Friday was her favorite day when Sara Somers worked at the American Red Cross in Alameda. It had nothing to do with the weekend coming up and everything to do with sugar and grains.

When the weekly donation from Mother’s Cookies arrived, Somers would help herself to a plateful. And then another. And another after that. Finally, as she writes in “Saving Sara: A Memoir of Food Addiction,” she’d steal the cookies that were left and smuggle them home for more bingeing.

Today, 43 years later and 11 years “abstinent” from the addiction that dominated her life for decades, Somers regards herself as a “walking miracle.”

“The percentage of the food addicted who can stay abstinent over the years is pretty small,” she told The Chronicle by phone. “It’s very hard.”

Scores of books, a dizzying array of therapies and diets that propose everything from the Christian faith to a potato-only regimen testify to the extent — and difficulty — of the problem and sufferers’ desperate search for help. Somers, 72, a longtime Bay Area resident who now lives in Paris, tried one approach after another: hypnosis, encounter groups, Weight Watchers, amphetamines, promises to friends, the Atkins diet, a macrobiotic diet, SlimFast and many more.

Even when she was introduced to a system that would ultimately work for her — GreySheeters Anonymous, which involves weighing everything one eats — it took Somers another 14 years before her recovery took hold.

“Saving Sara” was released in May, and Somers is scheduled to have an online conversation about the book with Jacquelyn Ekern, founder of the organization Eating Disorders Hope, on Saturday, July 11. In her frank and forthright memoir, Somers recounts not only the dashed hopes and doomed follies along the way, but also what she sees as the tormenting question behind them. “What,” she kept asking herself, “is wrong with me?”

Twenty pounds overweight at age 9, she was an angry, quick-tempered child and young adult. “I always wanted more,” she writes. And when she didn’t get something she craved, whether it was food or clothing, her longing was intense. It could be ice cream or a pair of Frye boots worn by a svelte stranger. “Deep in the recesses of my crazy mind, I thought if I had those boots, I would be attractive like her.”

The daughter of a caring but doctrinaire father and a “perfectionist” mother, Somers had attended 13 schools by the time she graduated from high school. (Her father’s hopscotch career as a college professor accounted for the moves.) After her own college years, Somers traveled in Europe, moved to Berkeley in 1971 and eventually found her way to graduate school at Cal State Hayward (now East Bay) and became a therapist.

Through it all, her relationships with men kept imploding. Related in unsparing detail, the stories of boyfriends coming and going from her life are touchstones of flailing need and self-sabotage. There’s Eddie, the earnest Dutchman who has another girlfriend. And Dmitri, a handsome Greek who “changed his mind.” For Coop, an unrequited college crush she met again in Berkeley, Somers fell hard. But even as she got control of her eating for a while and started grad school, Somers flirted with other men, took drugs and failed to recognize her partner’s depression. The unhappy end was inevitable.

“I was mostly interested in being loved,” Somers said. “That’s why I wanted a boyfriend. But that I was to be a good girlfriend — that never occurred to me.” What’s true about addicts of all sorts, she believes, is that “we are self-centered, self-pitying, and we blame other people for our problems.”

Somers assesses her own experience, both in the book and in conversation, with honesty, modesty and a sense of purpose. Her own story isn’t important, she said. Her goal in writing the book was to demonstrate by example that recovery is possible and to help others find the way.

While Somers found professional fulfillment as a therapist and enjoyed the work, she has some cautionary notes about therapy and addiction: “I think therapy can be a good companion to 12-step programs, but that can be limited.”

Treating addiction is about behavior modification, she explained, “and then the feelings will follow. Often in therapy, you have the insight first and then make the changes. That can end up discouraging addiction recovery. People think, ‘If the therapy didn’t work, what am I going to do now? It’s all about addressing the behavior first.’”

Somers, whose life never lacked for drama, lost her home in the 1991 Oakland hills firestorm. She rebuilt a house she loved but spent the next six-plus years addicted to alcohol. It led to a bottoming-out, including a stay at the Hazelden recovery center in Minnesota. A chance meeting with an old friend from Overeaters Anonymous reopened the door to GreySheeters Anonymous, the program Somers has followed ever since.

Somers retired from therapy in 2008. Struck with the idea of learning French, she started making periodic visits to Paris and moved there full time in 2014. While the French think it’s “sad” that she can’t enjoy alcohol or the bounty of a boulangerie, Somers says Parisian waiters don’t bat an eye when she pulls out a scale to weigh her portions.

Another discovery is public transportation, which Somers rarely used in the Bay Area. In Paris she rides the Metro all the time.

“I think I’m a more interesting person over here,” she said with a laugh. “Who knew a subway could be so much fun?”

I am retired from my first profession, am from Oakland, California, living in Paris, France. I love books and movies and watching everyday life in Paris out my window. Please enjoy my musings as I grow into the author others say I am. View all posts by sara somers 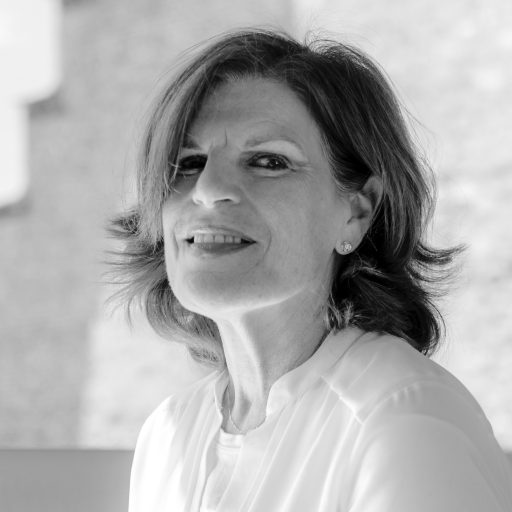 The best (and cheapest) way to fill that hole is to find other recovering food addicts. Talk to them, find out how they got through painful times. They will tell you. They will also tell you to make wonderful meals, to love your food.
My goal in writing Saving Sara was to demonstrate by example that recovery is possible and to help others find the way. Sharing our stories helps those who are battling food addiction to understand they are not alone. This has been an important part of my journey, to share my story, to help others, and to educate myself along the way.
I thought depression was in my DNA. By the time I found the 12 step program, I had accepted that I would be on anti-depressants for the rest of my life (I am one of the fortunates who has health insurance). I can honestly say that since I have stopped putting sugar, grains and refined carbohydrates, in liquid or hard form, into my body, I have not had a long depression. I have felt blue. I have felt down when something didn’t go my way. When my Aunt died, whom I was very close to, in 2011, I got depressed for 4 days. It was NOT the depression that used to send me under the covers for days on end, praying that I would die but too scared to kill myself. I felt really, really awful. My friends in recovery said “You don’t have to binge over this. You can feel your feelings and grieve your loss and in two weeks, a month, you will still be abstaining from sugar and grains. If you use this as an excuse to binge, you will be back facing the only problem you have ever known–How to stop bingeing. You’ll have no room to find solutions for your everyday problems.